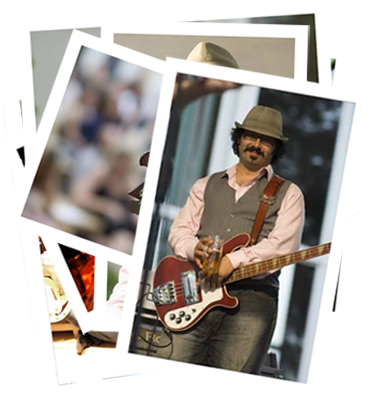 “G knows when to push the bass into dominance but has the good taste to drop under the radar, using simple ideas & space to support the song. His ideas & attitude are a huge part of what we were.”
Victoria Hume (Mothband)

“George is one of those rare bass players who can find that piece of texture to really warm a song up. Integral to our songwriting, it was his ear for melody & layers that I always looked towards.”
Emlyn Hall (The Beckett; Ghost #5)

“For a writer finding your sound, sharing your songs with others & hunting for something greater than the sum of its parts is tough work. I could always rely on George’s patience & valued input.”